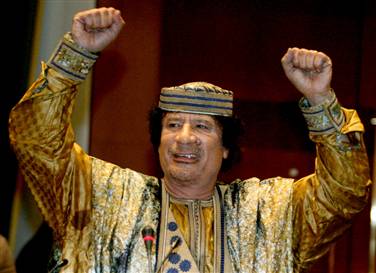 Colonel Gaddafi of Libya was killed yesterday, marking the end of a dictatorship that has lasted as long as I have lived – some 42 years. Gaddafi has no doubt been responsible for some terrible things and I am sure there are millions of people, especially those fighting for freedom in Libya who welcome his death. Many will say he got what he deserved. For me, I find it hard to know what to say. If honest, I don’t really like the thought of celebrating anyone’s killing, although I do appreciate that Libya – and probably the world – is a better and safer place now he has gone. That’s why I valued the speech that our Prime Minister, David Cameron gave yesterday in response to Gaddafi’s death.

Cameron’s speech was short, clear and authoritative. Have a look yourself and see what you think.

I’ve watched it a few times now online and I am impressed. He speaks without notes. He clearly is aware of the pertinent issues. Without celebrating his death he makes his points. He is polite and firm. I make no political point in saying that this is good leadership and a fine short speech. There is much that I, and other public speakers can learn from this speech from our Prime Minister. So let’s learn. And let’s keep praying for Libya and for God to bless the peace-makers for, according to Jesus (Matthew 5:9) the Lord calls them his children.