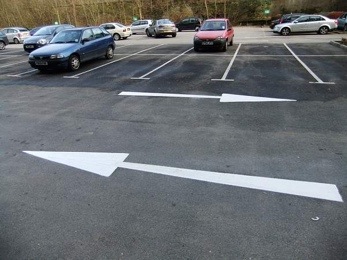 We were walking through a car-park and talking about the future. We’d had a conversation a bit like this before, but this time it felt a bit different.

‘What, right here in the carpark?’

So we did. We stopped right there and Mary knelt down on the tarmac in the middle of a public car-park and surrendered herself and her future to God. She prayed. And I prayed. And there were tears. And then laughter. It was one of those precious God-moments. And it all happened as people were walking past in the middle of the day. In a car-park.

One year on and Mary is testing a call to be an ordained church leader. She wants to be used by God where-ever he sends her. And in particular she’d like to be involved in planting churches in the North of England, because God has captured her heart with that vision. A vision of transformation, through making disciples and planting churches.

Antioch’s Vision
It’s that kind of vision that I see in the church in Antioch – that we read of in Acts 11,13 and 15. It was a vision for individual and community transformation. Ordinary people in 1st Century Antioch had discovered in Jesus Christ an extraordinary God, and together this church made disciples and planted churches. That was at the heart of their vision.

I mentioned in my last blog that Antioch became a resource church for northern Syria and beyond. That was because they knew they shouldn’t hold on to the good news that God had given. They had to pass it on. And they had to send out good people – in fact their best people – to do that. So who did they send? Barnabas and Saul – the very people who’d been at the heart of seeing this church grow and multiply! That reminds me that vision is fulfilled through people. Unless vision is embraced and lived out by people, it’ll remain just in the realm of good ideas. For vision to become reality it needs great people to be captured by it and live it.

So Barnabas – whose name means ‘son of encouragement’ and is described as a man ‘full of Holy Spirit and faith’ went out with the vision. As did Paul – someone who God called at his very conversion ‘to proclaim the faith to the Gentiles’. They were sent out to see people and communities transformed as new disciples were made and new churches planted. That’s what they went out to do. To see lots of new church communities established. And that’s what they did. And as you read the Book of Acts, and also lay it alongside Paul’s letters, you can chart their progress and see something of the ups and downs of pioneer, apostolic ministry.

The Belfrey’s Vision
At The Belfrey we too have a vision for transformation which we believe the Lord has given us. We want to be serving God’s transformation of the North. Now if we’re going to take that seriously then we have much to learn from the outworking of this vision in the Antioch church. It means we must be working to see changed lives and communities. We must be encouraging disciple-making and church planting – and sending out our best people for this. In 21st Century Northern England this will involve both renewing old communities and establishing new ones. Both are important.

Making disciples and planting churches was what was needed in Northern Syria back in the first century. And that’s what’s needed in the North of England in the twenty-first century.

Signs
The biblical sign of a new disciple is baptism. So a test of whether this vision is becoming a reality at an individual level is a growth in baptisms, as people decide to follow Jesus for the rest of their lives. So I’m praying for more baptisms in the coming season. Last night someone told me they wanted to follow Jesus and become a believer and I had the privilege of helping lead them in a prayer of commitment to Jesus Christ. Fantastic! As well as getting them on an Alpha course to help them grow, we’ll be looking to baptise them as soon as possible. We mustn’t hold back what God wants to do in the lives of these new disciples.

The biblical sign of a new church is sending out a leader (ideally with a team) who begins a new Christian community. And so I’m praying for more ‘sendings’ too in the coming months and years. And it will happen, I believe, because God is calling people to go and do this, just like he was in the church in Antioch. People like Anna and John Lindley, who are going from us next month to lead the church in Shipton. And people like Mary, on her knees in the car-park. This is very exciting!

Even more exciting is the recent formation of the St Barnabas Training Centre – a new leadership training centre in the North for those with a vision for the transformation of the North. Beginning in September 2013, SBTC will train church planters and future leaders – and will also be a designated training track for Anglican clergy, should they want to be trained in this way. It was great going with Mark Powley to speak to the Yorkshire and NE Bishops about this last week, and hearing their positive support for SBTC. Other streams of churches are also interested in this training route too, as they see the potential for regional transformation. It’s a privilege for The Belfrey to be a partner church in this with St George’s Leeds and St Thomas Crookes in Sheffield.

Pray
So pray with me for the same vision that fired the believers in Antioch to take hold of churches in the North in our day. Pray for the making of disciples and the planting of churches, for the purpose of transformation. And pray for people to surrender themselves to God. People ready to be sent out to see vision become reality. People who don’t care kneeling down in public car-parks and giving it all to God. Pray, as John Wesley prayed, ‘Give me a hundred people who fear nothing but sin and desire nothing but God, and I care not whether they be clergymen or laymen, they alone will shake the gates of hell and set up the kingdom of heaven upon the earth.’

One thought on “Surrender & Vision (Antioch 2)”