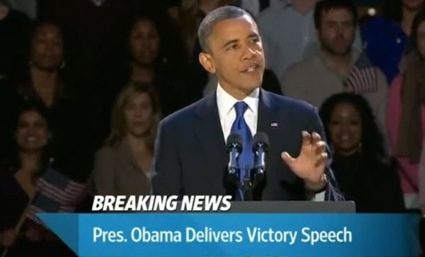 Congratulations to Barack Obama, who has won a second term as the 44th President of the United States. US presidents can only lead for two terms so he won’t be able to stand again. In four years time, how will he be viewed? Will the American people look back and say he’s been one of the ‘great’ American presidents?

Two of the greatest US presidents of the past have been George Washington and Abraham Lincoln.

Abraham Lincoln was the16th President, serving from 1861-65. He successfully led the country through the Civil War, preserving the Union whilst ending slavery and modernising the economy. His Gettysburg Address of 1863 is still the most quoted speech in American history.

George Washington was the first President, from 1789-97. He was one of founding fathers of the nation. He was commander-in-chief of Continental Army during the American Revolutionary War and presided over the Convention that drafted the Constitution.

Both Washington and Lincoln are regarded as ‘great’ because they provided good leadership to the American nation in demanding times and left a legacy that still endures. Dig deeper and you’ll discover that both men were shaped by something in their background. Not just by family. And not just by events. But by a particular text. A book. If you’ve been reading my leadership blog this week, you’ll know which book. The bible.

Abraham Lincoln said this of the bible: ‘It is the best book that God has given to man’.

George Washington said this of bible: ‘It is impossible rightly to govern the world without God and the bible’.

It was the bible that influenced their thinking. Their planning. Policies. Actions. It was the bible that provided the foundation for building what they hoped would be a great nation. And it’s no different today. In the USA and in any nation. Both in the US and here in the UK, we’d do well to listen to our forebears and similarly allow ourselves to be shaped by God’s Word – the bible.

In the daily (Biblesync) readings (which selects a psalm, Old Testament and New Testament reading for each day) we’ve just come to end of the longest psalm in the bible – Psalm 119. It’s a psalm all about God’s word. A section from Psalm 119 has appeared every day for quite a few weeks, and on Tuesday this week we finally reached the end. Someone made the point in our Morning Prayers about this, saying ‘It’s a bit repetitive!’ Which of course is true. Virtually every verse mentions God’s word using some phrase or other: his ‘law’, ‘precepts’, ‘promises’, ‘commands’, etc. It is repetitive! On purpose!! Because the point is to get across how much we need God’s word in our lives. And the repetition helps get the bible into our hearts and minds.

There’s great power in repetition. We see this in the growth and nurture of babies, who repeatedly need to be fed, changed and put down to sleep. Those who don’t understand might think a baby’s life is boring, but actually the baby is growing and developing. And it all happens as parents repeatedly do a few basic things. In Malcolm Gladwell’s book ‘Outliers’ there’s a fascinating chapter about the importance of discipline and repetition if you want to grow and get good at something. Gladwell shows that you have to work hard and not be afraid to repeat things that are important. He uses The Beatles as an example – describing how they played repeatedly in Berlin, Germany for thousands of hours between 1960 and 62 before they were famous. ‘By the time they had their first burst of success in 1964, they’d performed live an estimated twelve hundred times. Most bands today don’t perform twelve hundred times in their entire careers.’ Philip Norman, who wrote the Beatles biography Shout says that before Berlin ‘they weren’t disciplined on stage at all… But when they came back, they sounded like no-one else. It was the making of them.’

Disciplined repetition is important in the field of education and communication too, which is why the great 20th Century preacher, Martyn Lloyd-Jones said: ‘It is a very great mistake to think that because we know a thing we need not be reminded of it repeatedly.’

It’s a bit like an early morning runner going out repeatedly every day and improving. I know something of this, as between the ages of 15 and 18 I went for a run every morning. Every day at 6.30am I did exactly the same one and a half mile run which included a steep hill two-thirds of the way through. Over the years I watched my time go down from 18 minutes to something like half of that. That run built stamina and discipline into my life. It was repetitive. It was good.

Since then I’ve been learning to do something similar with the bible. I get up and read the bible. Every morning. It’s what I do. Repeatedly. Day after day. Someone looking on might wonder why I seem to be repeating the same exercise every day. The reason is I’m getting the bible into my mind and heart and soul. Because that book is helping me grow as a disciple. And hopefully helping me help others do the same.

The bible is like dynamite. It has power to radically transform lives. Families. Communities. Cities. Regions. Nations. That’s why John Wesley said: ‘Oh, give me that book! At any price give me the Book of God! Let me be a man of one Book!’

I spoke to The Belfrey’s Staff Team about this earlier in the week, asking them if they were disciplined about reading the bible. Or a bit haphazard and vaguely it would somehow get into their lives. I urged them to be disciplined. After all, that’s what a disciple is. A ‘disciplined one’.

So why not ask? And unleash the power of repetition.