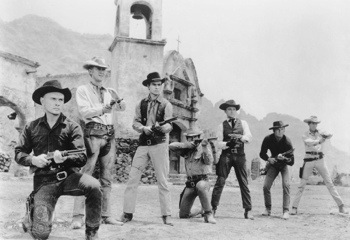 Roger Simpson
On Sunday we said goodbye to Roger Simpson who led St Michael le Belfrey so wisely, kindly and lovingly as Vicar from 1999 to 2011 and then as Associate Minister since then. He’s gone out from us, so he can work full-time as the Archbishop’s Evangelist for the North. We’ve let him go. Given him away. Why? To bless others. To make an even bigger difference elsewhere.

In recent weeks we’ve also sent out a number of others.

Eve Ridgeway
Eve is now part of St Barnabas Theological Centre (SBTC) training for ordination and placed at St Peters Norton. Eve is a great leader, having done fantastic work at The Belfrey over the last two years, especially amongst with students. And now we’ve let her go. Given her away.

Simon & Nicola Bray
Until a few weeks ago Simon was our Head of Music and Worship but now has gone to Cranmer Hall in Durham, to train for ordination. Probably our brightest, sharpest staff member, Simon is gifted not just musically but in many other areas too. Simon has a multi-talented wife, Nicola who goes with him and so in Simon and Nicola we’ve let go of two great leaders. We’ve given them away.

Mary Jobling
Like Simon, Mary is going to Cranmer Hall to train for ordination. Mary is warm-hearted, prophetic, a great encourager with a massive heart for evangelism. She’s leaving in a few weeks. We are giving her away.

Sam & Becky Tyndall
Sam is also training for ordination through SBTC and placed at St Paul’s Holgate in York. He’s served on The Belfrey’s staff as a parish assistant. He has a compassionate heart for the broken and disadvantaged and is a fine musician, good service leader and small group leader. And Sam’s wife, Becky goes with him. Becky is one of our best preachers. She’s a great apologist and very good at networking and listening to people. They are two more of our finest people that we’re giving away.

I make that seven. Roger. Eve. Simon and Nicola. Mary. Sam and Becky. Seven. The Magnificent Seven! All seven are going out from us. To bless and serve God’s transformation of the North. That’s quite a loss for us. But a massive gain for God’s kingdom in the North of England.

Some would say that’s risky. Even foolish. Giving away your best. What does the Lord say? Jesus’ words in Luke 6:38 are helpful: ‘Give, and it will be given to you. A good measure, pressed down, shaken together and running over, will be poured into your lap. For with the measure you use, it will be measured to you.’

So Jesus says ‘give’ and God will give back. He will give lots –‘running over’ – which means more than enough. And how much should we give? Well, given that ‘the measure you use will be measured to you’ then presumably we should give as much as we possibly can.

That’s why generosity is one of the core values of The Belfrey. Giving away. Giving away people (because people are God’s no.1 resource). But also giving time. Effort. Energy. Love. Things. Money. Anything!!!

So give away your best. In everything you do. Don’t serve God indifferently or give to him half-heartedly. Don’t give him the left-overs of your energy, or your time or your money. Give him your first and your best!

When God wanted to put this world right, he didn’t do it in half measures. No. Instead John 3:16 tells us that ‘God loved the world so much that he gave…’ wholeheartedly the best that he had. He gave ‘…his one and only Son’. So if God gave away his very best, so should we. And we know that if we do that, the Lord will continue to richly provide. And the kingdom will grow. And lives will be changed. And the North will be transformed.

So I’m very proud of The Magnificent Seven as they ride off into the sunset to join others serving God’s transformation of the North. I know many more will be joining them. Because Jesus’ words are true, that ‘with the measure you use, it will be measured to you.’

4 thoughts on “The Magnificent Seven”