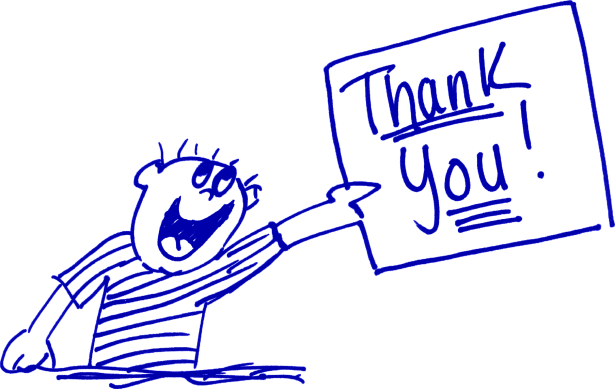 There’s something you and I can do that’s really good for us, and for others. This thing is powerful, infectious and situation-changing. It’s not hard to do, but most of the time it involves a conscious choice. What am I talking about? I’m talking about giving thanks.

I shared with The Belfrey’s Staff Team this week 3 things that thankfulness brings. Here they are:

1. Brings Presence
If you’ve ever been to a prayer meeting you’ll know it often starts with thanksgiving. That’s not just because of tradition but because Psalm 100 says: ‘Enter His gates with thanksgiving’. Thankfulness is the gateway to God’s presence.

We had a week’s holiday in Jersey in August. It was late afternoon and I’d just had a shower and was sitting on the hotel bed. I was listening to a podcast by Bill Johnson and he was recalling some of the amazing things God had done in the building in which he was speaking. He talked of how someone had been healed of an illness over there. How someone had given their lives to Christ down there. A couple whose marriage was falling apart has stood together over there and received a divine impartation of love that had transformed their tired unfulfilled relationship. And as he was speaking I found myself agreeing with him. I found I too was thanking God for these things. And as I did that the presence of God came to me in that hotel room. And I began to weep as his presence touched me. The tears were good tears, tears of thanksgiving coming from deep in my heart. I was so thankful for the goodness and kindness of God.

Do you want more of the Lord’s presence? Be thankful. It’s a key to entering God’s presence

2. Brings Perspective
A life without thankfulness is an empty life. That’s because we’re made to be thankful.

When in lived in Sheffield, I got chatting to a man one day who was about 30. He told me that he had quite a good job which was going well. He was married and loved his wife. They’d recently had their first baby. And he felt that life was good. He said he wasn’t a religious person. He was wary of church and services and had no faith. And then he said this to me: ‘I’m so grateful for my life, but I’ve got no-one to say thank you to’. In the end we met again and he spoke out loud his thanksgiving, which I turned into a simple prayer. I hope it was useful in his journey to faith. Since then I’ve often thought about his statement and wondered how many others feel just the same. We’re made to give thanks to God. We actually have a deep need to be thankful. Without that, our view of life is wrong. That’s because thankfulness puts things in perspective. It stops us being selfish. It keeps us humble.

In our family at end of the day, we often look back and say thank you to the Lord. We’ve taught our children to do that because Psalm 92:2 says ‘it is good to give thanks to the Lord… to sing of your love in the morning and your faithfulness at night’. Thankfulness gives us perspective. It helps us look back and see the Lord’s hand at work in our lives. Even in the most ordinary and mundane of days.

Do you pause at the end of the day, and give thanks to God? Do you make that your habit? It’s one of the best habits to develop in life.

This tells you that the will of God for you is not just about the details of life – like whether you become a teacher or a musician, or whether you buy this shirt or skirt. It’s about how you position your heart in relationship to God at all times. It tells you that what God really wants is for you to have a thankful heart.

It also tells you that to embrace God’s will in your life involves action. You have to give thanks. It involves your will. This is particularly important in times of difficulty, weakness and uncertainty. To do that requires faith. You have to step out and say ‘Lord, I’m not going to get consumed by this. I’m going to be thankful.’ And as we do this, so something begins to happen inside of us. God begins to show us things. Things about our situation. Things about ourselves. He speaks to us. His prophetic word often comes to us. It might be a simple word, like: ‘everything is going to be ok’ or ‘my grace is sufficient for you’ or ‘do not fear’. Or it may be something much more specific.

So thankfulness is basic to every human being and especially to the follower of Jesus. Conversely, not being thankful is a slippery slope that can cause bitterness to take root. Not being thankful is a very dangerous place to be and according to Romans 1:21 can take us so off course that we end up in idolatry.

2 thoughts on “Giving Thanks”