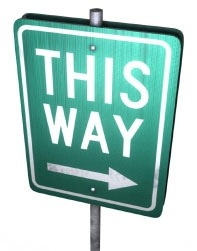 There are some things that we just don’t want to do. We know we should, but the thought of them makes us feel uncomfortable. So we’d rather say no.

One of my sons had this recently. He was asked to speak in public for the first time about his faith. He told me that he’d rather not. I knew this was a real opportunity for him, and so we talked and in the end he said yes. He was nervous. And did a great job! And afterwards he was so pleased he’d done it. But at first he was reluctant.

We return from the United States this afternoon after a great week staying at 206. It’s been worth the hassle of getting here. Getting here wasn’t straight-forward. You can’t book online for over 6 people so (as there are 7 of us) I had to do it on the phone. It took ages. Then you have to re-confirm everyone’s details online. That took nearly an hour. Then we had to update a passport that was out of date. Then we had to get the ESTA visa wavers sorted – again one for everyone. Another hour online. Then make sure the travel insurance was up to date. We then found there were no trains to Manchester Airport on Boxing Day and so we’d need to take the car and so book car parking at the airport. And then we had to get up really early on Boxing Day morning in order to make sure we all got to the airport on time. That’s what it takes to travel these days.The thought of all that could have been off-putting. If we’d wanted an easy life, we’d have stayed at home. It would have been understandable for there to be an initial reluctance.

But if the reluctance had meant we’d not come then we’d have missed out on this great adventure we’ve had these last 7 days. Not only have we rested and relaxed, we’ve met some fascinating people (from the Muslim taxi driver in Chicago proud of his efficient and quiet Toyota Prius, to a couple who have the most amazing story of adopting a child). We’d also not have had the pleasure of appreciating some beautiful architecture (not just the Colonial Revival style of 206, but also an early Frank Lloyd-Wright home down the road and of course the amazing buildings and skyscrapers of downtown Chicago). We’d not have enjoyed eating in some wonderful restaurants, travelling in a stretch-limo, playing a classic 1930s Steinway Grand Piano, or worshipping in a church of a different style and culture to our own.

There are some things in life that bring great benefit – to us and to others, but they take us outside our comfort-zone. And so inside we’re often initially reluctant to do them.

It could be saying sorry. You don’t really want to. You’re reluctant.

It could be applying for a job that you feel prompted to look at. But you’re worried about the hassle. The potential change. The fear of rejection if they say no. You’re reluctant.

It could be someone you want to ask out on a date. But you’re nervous. Reluctant.

It could be something you need to do in your marriage. Like raise a difficult subject: a bad habit, your finances, your sex life, your future plans.

It could be deciding to commit to become a fully devoted follower of Jesus. You know you should, but you’re concerned about whether it will be ok. You’re reluctant.

In all these things, be encouraged by two things.

First, if you pray and commit yourself to God, he will lead and guide you. Psalm 37:5 says ‘Commit your way to the Lord. Trust in him and he will act.’ If you sense him nudging and prodding you to do something but you’re initially reluctant, why not give him the benefit of the doubt (that it really is him) and step out and have a go? Of course do this prayerfully and if it’s significant you might want to talk it through with someone you trust. But get over your reluctance. If God is guiding you, there will be great benefit from following him.

Second, don’t forget that some of the people who’ve made the biggest impact in life have at first been reluctant to take up their calling. We could list all sorts of characters in history (like Queens and Kings, Prime Ministers and Presidents) as well as people in the bible. I was reading about Moses this morning in Exodus 4 – which prompted this blog. God called him. And Moses wasn’t sure. He had questions, including whether he had the ability to do what was being asked of him. Despite God reassuring him, Moses still said ‘no’! ‘Please send someone else’ (v.13)!!! Of all the people in the bible, he seems the most reluctant. And yet God didn’t give up on him and Moses changed his mind. And in the end amazing things happened through Moses. But at first Moses was reluctant.